Do We Need More Evidence to Justify Single-Bed Patient Rooms? 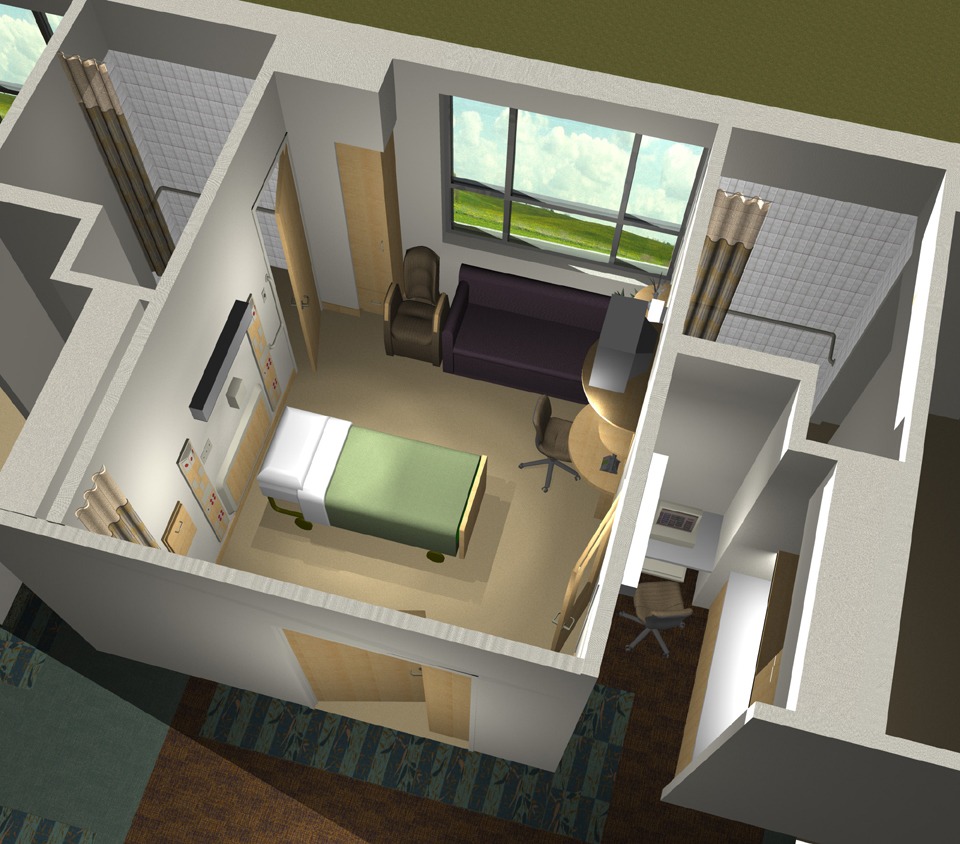 It's been more than 20 years since the healthcare design community started talking about single-bed patient rooms in hospitals.

I'm not exactly sure when the conversation started, but it may have begun shortly after 1996 when The Center for Health Design (CHD) published its first literature review, "An Investigation to Determine Whether the Built Environment Affects Patient's Medical Outcomes."

Back then, researchers found only 48 credible studies that linked the design of the physical environment to patient outcomes. Eight years later, when Roger Ulrich, Craig Zimring and colleagues conducted a second literature review for CHD, they found more than 400 studies.

They concluded that the evidence was strong enough to move away from double-bed patient rooms, citing studies about infections, privacy, and sleep quality.

The Ulrich-Zimring report was a catalyst for the Facilities Guidelines Institute (FGI) to commission the Coalition for Health Environments Research (CHER) to do a literature review in 2004.

In 2006, FGI put this language into its Guidelines for the Design and Construction of Health Care Facilities: “The maximum number of beds per room in a medical surgical nursing unit (i.e. non-intensive care unit) in a general hospital shall be one unless the necessity of a two-bed arrangement has been demonstrated in the functional program.”

Many states have since adopted this guidelines as a mandate, which some believe have helped jack up the cost of design and construction.

Although he doesn't back it up with any evidence, Voigt's statement may be true. He goes on to argue that there's not enough evidence to support the mandate for single bed patient rooms.

I'm not sure about that, either.  Type in "single bed patient rooms" into CHD's Knowledge Repository, and 107 resources pop up.

That may not be enough to satisfy skeptics, but we need to judge the quality of the evidence, not just the quantity.

Too Hard to Measure

And I also wonder how many lives have been saved by not having two patients in a room sharing germs. Or how much money has been saved since 2006 by decreasing airborne and surface infections for patients in single rooms?

My guess is that it could also be in the billions.

Unfortunately, though, we have no way of knowing what that dollar figure is. Because it's too hard to measure.

There are so many variables that contribute to the spread of infections in patient rooms, including staff hand-hygiene (probably #1), cleaning and maintenance, and the quality of ventilation systems.

And while some studies show overall hospital infection rates decreasing, many of those infections are related to procedures (surgical-site, urinary tract) that have nothing to do with the environment.

And I haven't even touched on the patient experience. Because I bet most patients would prefer a single-bedded room over a double any day.

It would be nice to offer patients a choice of having a roommate or not. I always remember my mother making friends in the hospital and enjoying the company (on occasions when roommate was compatible and social)
Now we could computer match patients like singles dating sites.
BTW, Is it true insurance often won’t pay for single and patient is stuck with up charge?

Some research indicates that desire for a roommate can be more appealing to older patients. Also, I think most insurance these days pays for single rooms.

The notion of single bed rooms seems so logical considering infection control issues, reduction of medical errors (mixing up multiple patients in the same room), the logistics of admission room assignments, improving sleep patterns of patients, family visiting and staying to support the patient, etc. But there seems to be some evidence that some patients feel lonely in a single room with the door closed, and some elderly patients prone to disorientation and falls benefit from a roommate (Lorenz study). Personally, I would prefer NEVER to return to multi-bedded rooms and hope we can address some of the loneliness and safety issues with other interventions. I believe there is more evidence supporting single rooms than there is evidence for multi-bedded rooms.. From a cost perspective, Single rooms add additional cost for construction, but the recurrent operational costs of multi-bedded rooms where one bed is blocked to meet patient needs and costs of error recovery may out-weigh the additional construction costs. Most insurances now pay for single rooms because that is the standard of care now. Of course, we should consider comparing outcomes of single room patient assignments with other countries who care for patients in multi-bed rooms. Regardless of the results, this single sample of one person prefers the single room.

I'm with you on that one!