Catching Up With Furniture and Design Leader Phyllis Goetz 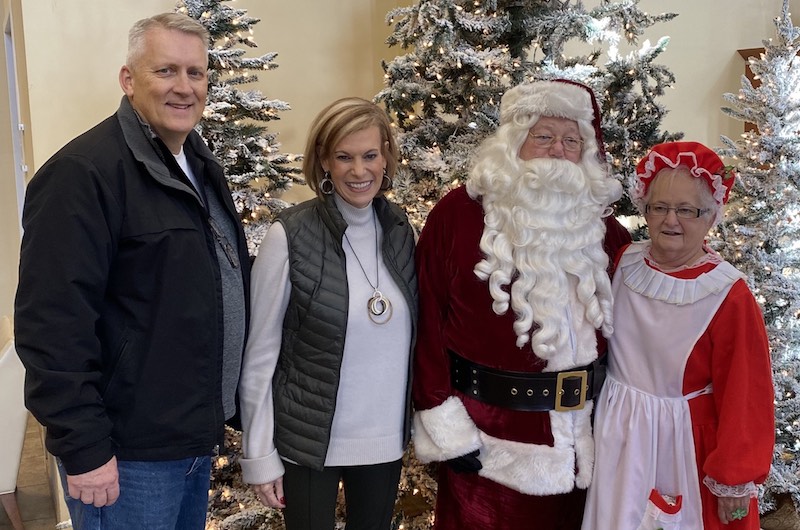 I was so pleased several months ago when I learned that Phyllis Goetz had been named President of Kimball.

Phyllis and I have known each other since the early days of the EDAC (Evidence-based Design Accreditation and Certification) program when she was National Healthcare Manager for Steelcase Health and I was Executive Vice President at The Center for Health Design. Steelcase Health was a major sponsor of EDAC and Phyllis was the driving force behind the success of that partnership.

EDAC might not have gotten off the ground had it not been for Phyllis and Steelcase Health.  She brokered the deal, became EDAC-certified, encouraged Steelcase salespeople to become certified, and flew around the country giving workshops to design and healthcare professionals, Steelcase sales team members, and dealers about EDAC and how to prepare to take the exam.

Despite the fact that she loved working for Steelcase, Phyllis told me that she was ready to turn in her resignation to her boss, Mike Love, because she thought the company needed to create products specifically for healthcare instead of trying to position existing products in the Steelcase line as healthcare. She wanted to start her own healthcare furniture company.

"Mike said to me, can't we just do it here?" Phyllis recalls. And so, Nurture by Steelcase launched in 2006. It was a bold move by a big furniture manufacturer that was used to buying other niche companies rather than starting its own.

As you can tell, Phyllis is a person of strong commitment and passion. She gets things done. And, she makes everyone around her feel good.

That's why she's going to be a great company president.

"I wasn't looking for a new job," Phyllis says. "I was happy." After leaving Nurture in 2011 because she didn't like the direction of its new leadership after Love retired, she spent six years with Herman Miller as national director of healthcare. In 2017 when Miller changed its direction and eliminated her job, she shifted away from the furniture business and became chief strategist at HKS Architects in Dallas.

But after a chance meeting with Kimball International's CEO Kristie Juster in 2018, Phyllis did what Phyllis does. She connected with Kristie and a year later joined the ranks of Kimball's women leaders.

"This role is tapping into everything I've done in my career," says Phyllis. Which is kind of interesting, because originally she wanted to be a special education teacher; and has two degrees in education. But when she graduated in the 1980s, there were no jobs.

Her father worked in the contract furniture business for Westinghouse in Grand Rapids, Mich. So that's how Phyllis ended up where she's at, starting out as a salesperson for all verticals for American Seating in Dallas.

Phyllis feels that her education training has helped her train others when she worked for American Seating, Corry-Hiebert, Novikoff, Steelcase, Herman Miller, and HKS. Right now, she's focused on learning the ropes at Kimball and putting some people investments in place.

"When you become the leader of an organization, you really feel like you owe it to your people to drive success," she says. Which is why Phyllis is spending a lot of time away from her home in Dallas in Jasper, Ind. working 16-hour days.

She doesn't believe that Kimball's competitors are betting as big on healthcare as they used to and sees that as an opportunity. Kimball's office and educational businesses are also her responsibility.

"Kimball does custom solutions really well," Phyllis says, adding that the company is the right size to be nimble. "We're starting to think about how to grow this side of the business more."

What Else About Phyllis?

Phyllis credits her success to her husband, Michael, who she met through her job at American Seating. They have two grown children. "You can't have a job where you travel the world and not have someone at home to hold down the fort," she says.

Her father, who told her, "Don't ever learn to type, because you want to do more," has been another guiding light in her life. Other personal heroes are Sr. Nicholas Winton, Marthe Cohn, and the 9-11 First Responders.

The most rewarding part of her professional life has been all the people she's been able to hire, work with, and mentor. "I've had the gift of being able to bring people into this industry and launch their careers in a way they never thought would happen," she says.

When she's not working, Phyllis likes cuddling up with her husband and watching shows on Netflix like "The Marvelous Mrs. Maisel." She also likes preparing meals and having friends over.

Where does she see herself in 10 years? Serving on a charity board. Traveling with friends. Organizing. "I'm an organizer by nature," she says. "I could probably organize my house for about a year."

Her advice for students and young professionals? It's the same advice as Phyllis gives her children.

"Life is a bookcase," she says. "Do you want the same book or do you want different books? Don't be afraid to risk and try, because you'll always learn. Get lots of books on your shelves."

Photo:  Phyllis at Kimball's holiday party this year with husband Michael, Mr. and Mrs. Claus (Tim Drew and Loretta Cox, who's been with the company 56 years).

Want to read more stories about people who shaping healthcare design?  Check these out.

Great article! Excited to have Phyllis on board at Kimball!