Is Evidence-Based Design a Central Tenet for Healthcare Yet?

Home / Evidence-based Design / Is Evidence-Based Design a Central Tenet for Healthcare Yet?
02/03/2017 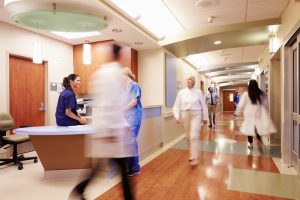 Although the premise that physical environment affects well-being reflects common sense, evidence-based design is poised to emulate evidence-based medicine as a central tenet for healthcare in the 21st century.

It's been almost 17 years since Colin Martin wrote that in the British medical journal The Lancet in August 2000.

Has his prediction come true yet? Is evidence-based design an accepted truth in the healthcare industry? A principle or theory that everyone believes is important?

We've made a lot of progress in defining the evidence-based design process, educating and training individuals to practice it, and adding to the body of research that connects healthcare outcomes to the design of the physical environment. What once was thought of as marketing rhetoric has solid proof that it's the real deal.

Since The Center for Health Design (CHD) launched its Evidence-Based Design Accreditation and Certification (EDAC) program in 2009, more than 2,341 individuals have passed the EDAC exam.

In a memo issued in January 2007, the U.S. Department of Defense instructed design teams to apply evidence-based design principles for all new military medical construction projects.  This led to the funding of a comprehensive research study to be used for educating military health planners on evidence-based design.

The American Hospital Association listed "utilizing evidence-based practices to impact safety and quality" as the second most important must-do strategy in its 2011 "Hospitals and Care Systems of the Future" report.

And much has been published and shared about evidence-based design.  Articles, books, papers, reports, blog posts, webinars, etc.  Heck, we've even got a peer-reviewed journal -- HERD.

Despite all this progress, I haven't heard much about evidence-based design lately.  Are healthcare providers asking for it?  Is it an accepted truth for them?

Joceyln Stroupe, CHID, EDAC, IIDA, ASID, Principal at CannonDesign told me that she hasn't seen many RFPs lately that ask for EBD experience. "Many recent RFPs seem to identify patient experience as an important distinction," she wrote in an email.  "I don’t know why EBD has not been mentioned, but I suspect it’s become a baseline expectation rather than a differentiator or innovation."

Bruce Raber, Architect AIBC, VP, Sector Leader for Health at Stantec Architecture also responded to my query. "In British Columbia and Alberta where most major healthcare projects are being delivered using either a P3 or design/build delivery model, we are seeing it asked for, and the onus is on the design/build team to include with  their  technical submission and their narratives, demonstration as to how we have used EBD," he wrote.

The Design-Builder will apply “evidence-based design” (EBD) to achieve the Design Objectives. EBD means that decisions about the Design of the Facility will be based on credible research, information derived from comparable projects, and information about the Province’s operations, in order to achieve the best possible outcomes.

I want to hear from more of you.  If you're a healthcare provider, is evidence-based design on your radar?  If you're a design professional, how are you utilizing it in your practice? Do you agree with Jocelyn that EBD is a baseline expectation?