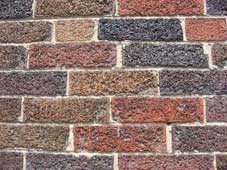 Roger Ulrich's pioneering study, "View from a Window May Influence Recovery from Surgery," which appeared in the journal Science in 1984 pretty much launched the evidence-based design research field.  Twenty-nine years later, it is still one of the most widely referenced studies.  Because it was good.

When The Center for Health Design did its first literature review in 1996, researchers found 80 credible studies that linked the design of the physical environment to outcomes.  Eight years later, in 2004, there were 600.  In 2008, the last time a comprehensive literature review was published by The Center, more than 1,200 studies were found.

Although a comprehensive literature review has not been done since 2008, there are more than 2,500 studies, whitepapers, and other evidence-based design tools  in The Center's recently-launched Knowledge Repository.

Is quantity more important than quality?  When will we have enough studies?  Are the studies we have today good quality studies?  I'm not sure.

The real challenge in the evolution of the science of evidence-based design is getting healthcare and design professionals to commit to using the eight-step EBD process -- the final step of which is to "measure post-occupancy performance results."

The conversation around evidence-based design has quieted since the EDAC program was launched in 2008. Does that mean it's less important? I don't think so. What do you think?

I am tempted to say: Of course it is more important! and leave it at that. What I want to say is: since we the patients get the resulting design and have to live with it, what is actually IMPORTANT is our input. In writing and blogging about the patient experience, I keep searching for specifics about WHAT EVIDENCE is being used?

And if patient feedback questionnaires are part of the evidence, they have a long way to go before they get the real story.

Until EBD accommodates questions such as those, which to a patient are some of the most important, it will be incomplete. Just as the provider needs to look at the whole person, it's important for us as designers to consider the whole experience.

What I'm hoping for is to hear "used."

What has patient input, even secondhand from nurses, really changed? For instance, a CA hospital I was in a year ago added a tall new addition blocking the view from the tiny rooms that the nurse told me had always been in demand because of the view. I suspect that when the addition was built, the press was already full of evidence of the healing power of actually seeing nature.

So true. What good is feedback if you don't use it?

How do we assist the 1300+ professionals who are accredited convey within their organizations how to incorporate in their practice models? Having access to post occupancy tools that are automated along with more discussion like you have shared today.

Those are great ideas, Bill.