What Do "Hamilton" and the Affordable Care Act Have in Common? 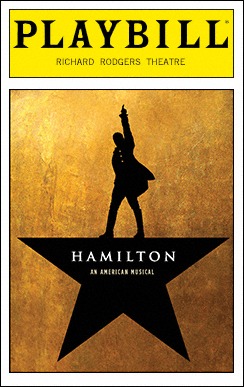 Are you a fan of the musical "Hamilton"?

Then you might recognize the similarities between the establishment of the U.S. central banking system and the Affordable Care Act (ACA).

Basically, Alexander Hamilton (who was the first Secretary of the Treasury) started a movement in 1780 to create a central bank to improve the economic stability of America after its independence from Britain. Part of a three-part expansion of federal fiscal and monetary power, it included a federal mint and excise taxes.

The Bank of the United States was to be used as a tool for government, but it was to be privately owned.

Hamilton's bill faced widespread opposition from those who feared increased federal power. Sound familiar? But it passed and over the next 130 years became the foundation for the Federal Reserve banking system as we know it today.

Sarah Bader of Gensler and I used this story to help set up our discussion of the current U.S. political environment at our "Let's Talk Trends" interactive session this week at the Healthcare Design Expo & Conference in Houston.

With a U.S. president-elect promising to repeal and replace Obamacare, we told our group that just like those who wanted to do away with the national bank in the years after it was established, we didn't think it was possible to completely unravel the ACA.

After all, it's a very complex bill, and many of the changes to improve how healthcare is delivered and lower costs, such shifting from fee-for-service to value-based payments, are already underway.

We asked them what they thought is going to happen when the new president takes office and how it is going to affect healthcare facility design and construction.

What the Healthcare & Design Community Thinks

A gentleman from Turner Construction spoke up next.  He said that from their perspective, everything not currently underway is being put on hold and that we'd see a dramatic slowdown of new healthcare construction in 18 months. Architects, he predicted, are going to suffer.

Not so for another architect in the group.  He said one of his clients had called him the day after the election and told him everything was going ahead as planned.

This was echoed by another architect who worked for a healthcare system. Others were not so sure.

When all was said and done, it was clear that many in this group of @60 healthcare design and construction professionals and vendors were not quite ready to put forth any opinions.

They were still processing what had happened in the election. And most were not happy with the outcome.

In fact, not one design and construction professional or vendor I spoke with during the four-day conference was happy with the election outcome. Even some of my Texas colleagues. But of course, we're only half the country.

This past week Trump backed off some of his campaign promises about Obamacare. If you want some more opinions on how this is all going to shake out, check out these recent articles:

"The GOP’s path to ‘repeal and replace’ may not be so easy," Kaiser Health News, November 16, 2016 (podcast/transcript)

Next week, I'll write about the other topics discussed during our session at the Healthcare Design Expo and Conference, which were Urbanity, Patient Experience Movement, and Demographics.

I think a fair analysis of the situation is to say, we are all confused!!

Looking at it from European perspective, where by and large free universal healthcare, single payer or a hybrid of both exists in most countries. It appears that a segment of the US political establishment have used healthcare as a political bludgeon. There seems to be no consideration to ACA alternatives, in terms of efficiency, cost or public well being. For those needing care ideology means nothing, being cared for means everything. Sadly those amongst us that are ill, and cannot afford healthcare without being bankrupt or penniless receive no consideration in the discussion. And, beyond the social need, American industry competes with these same European countries that have much more efficient healthcare delivery systems, leaving American business at a severe disadvantage. Simple logic and comparative analysis indicates better and simpler systems. However, it seems that 'not invented here' takes precedence over good sense. Unfortunately, De Tocqueville's 'pragmatic American' is nowhere to be found in relation to the development of American healthcare policy.

I for one are very optimistic about the future of our healthcare system and the new presidency. The ACA is proving to increase costs and not provide the affordable care that many hoped for. I also ran into several people at the healthcare design conference that were happy with the election results. I still find many people who come to the US for their care even though they can get it "free" in other countries. I hope everyone will keep an open mind in continuing to improve our system and put the election behind them. The changes that come from the new president and congress will be unfolding so most of us don't really know what will happen.

[…] What Do “Hamilton” and the Affordable Care Act Have in Common? […]