Are We Seeing the Last of the Mega-Hospital Projects? 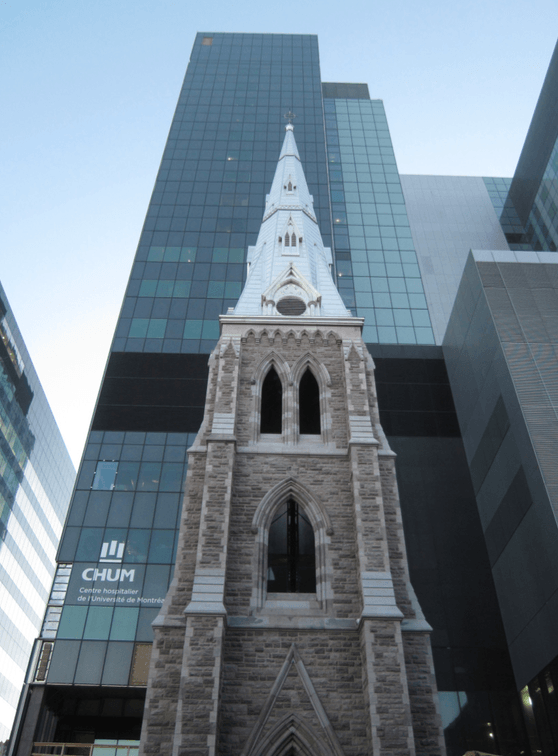 Last week, I did a hard-hat tour of the Centre hospitalier de l'Universite de Montreal -- or CHUM as it's called up there in Canada.

This is one big hospital project. It takes up two full blocks in the heart of downtown Montreal.

Largest Urban Hospital in the World

The last hart-hat tour I took of a mega-hospital project was of Parkland in Dallas, which opened about a year ago. At 2.8 million sq. ft., it is also impressively large.  But not as large as the CHUM.

Like Parkland, CHUM will have all single-bed patient rooms -- 772 to be exact. It will also have 442 examination rooms and 39 operating rooms.

The new CHUM (which is being designed by CannonDesign and NEUF Architects) is replacing three outdated hospitals in Montreal. It's got a Metro line running underneath it and is walkable from the neighboring community.

What's even more amazing is that the McGill University Health Centre (MUHC) just opened a new 2 million sq. ft. 500-bed hospital campus in Montreal last year. This re-grouping of five MUHC institutions is located only about four miles away from the CHUM.

In the U.S., ever since the Affordable Care Act was passed in 2010, we've been talking about the need for fewer mega-hospitals and more smaller satellite ambulatory care centers. "The days of big box hospitals are over," declared the healthcare futurists.

Given how difficult it is to put these types of public-private partnership projects together like the CHUM and MUHC Glen Campus, that may be true in Canada as well. But how people access care in Canada is different than in the U.S.

Research by CannonDesign found that worldwide, the biggest hospital projects are entire healthcare campuses. Two public-private partnership projects are being built in Turkey -- one with six hospitals and 1,550 beds; the other with nine hospitals and 3,662 beds.

And several large hospital expansions are underway in the U.S., including a new 374-bed tower for Tisch Hospital, the flagship acute care facility for NYU Langone Medical Center, and a new 700-bed tower at the Hospital of the University of Pennsylvania in Philadelphia.

So maybe we aren't seeing the last of the mega-hospital projects in the U.S. Only time will tell.

Want to Know More About the CHUM?

Check out these stories:

"Healthcare Anchors a City's Vision for its Future," CannonDesign website.

Hi Sara hope this finds you well. Its my understanding when you build a hospital in Montreal in the English speaking community you have to build one in the French speaking community. Would love to hear if they coordinated the planning etc.!
Maybe we can discuss at the HCD in Houston?
Take Care, Joe

In my conversations with the design team, that never came up, Joe. But I'll ask them! Read the article in Architect Magazine (link in the post)...it has some great insights into how they managed the project.