Are Robots the Future of Healthcare? How About Senior Living?

Home / Design for Seniors / Are Robots the Future of Healthcare? How About Senior Living?
04/12/2019 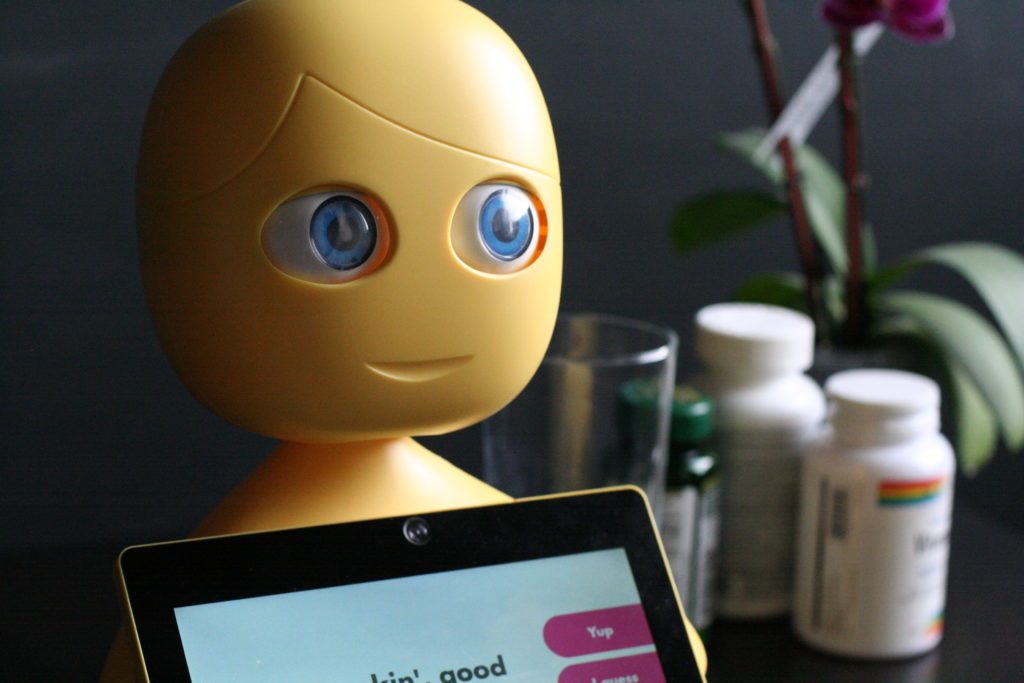 Is there a robot in your future?  If you have a voice assistant like Amazon's Alexa or Google Assistant at home, you might already be going down that road.

And now that Alexa is HIPAA compliant, it opens up a whole new world for home healthcare.

But back to robots. Many think humanoid robots that move and talk are the future of healthcare. And they probably have some role, especially if we continue to face staffing shortages.

But I'm not sure what yet. Because, can a robot be compassionate and empathetic towards patients?

So, bedside care for an acute patient may not be the best use of robots.  But robots are now being used as greeters in hospitals, waiters in assisted living facilities, and as companions for isolated seniors or children and adults recovering at home from a long illness.

At this week's Environments for Aging (EFA) conference in Salt Lake City, several speakers talked about companion robots for seniors. With names like Buddy, Rudy, Mabu (shown above), and ElliQ, these robots can carry on conversations and help keep track of medications.

I don't know. Some of them looked and sounded a little creepy to me.

Maybe robots will be good for people who are by themselves, living on their own. But what about those in senior living communities?

I mean everyone is designing inviting gathering spaces, game rooms, libraries, etc. to get people out of their rooms doing stuff. This is a good thing.

And yet, according to some of the experts that I heard present at EFA, many of these spaces are not used very often. Why? Because unless common spaces are programmed in senior living communities, people won't hang out in them.

Cooperative housing is another strategy to bring independent seniors together to prevent isolation and loneliness. Garden Spot Communities in New Holland, Penn., recently built a Cooperative Living House on its campus.

An affordable housing option for five seniors (all of whom happen to be women), each person has their own bedroom and bath, but share common spaces such as a kitchen, dining room, living room, sitting rooms, porch, etc. In telling the story of how the project came about, Garden Spot CEO Steve Lindsey described it as a sorority house with a "Golden Girl" mentality, built in an Amish barn raising style that takes inspiration from the household model in senior living.

Amish barn raising?  Yep. Garden Spot engaged its community to help build the house, thus saving on costs and creating awareness and excitement about the project.

If all goes well (and it looks like it is going very well), Garden Spot plans to build five more cooperative houses in the same neighborhood.

What Else They Were Talking About at EFA

Here are three other big issues people were talking about at the conference:

"This is What the Future of Robots May Do to Humanity," Forbes, November 2018.

"Robotics in Healthcare: Get Ready!" The Medical Futurist, August 2016.