What's the Role of Television in a Healing Environment? 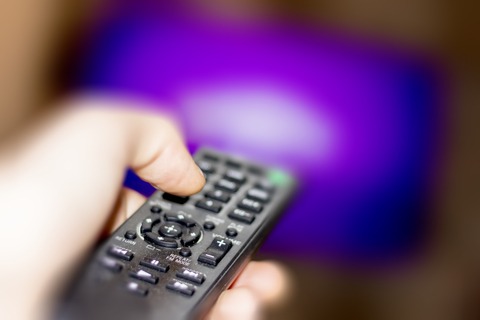 When I came back from vacation in a few weeks ago, Hurricane Irma was barreling down on Florida.

I'd just spent the last two weeks totally disconnected from the news.

Oh, we knew that hurricanes and earthquakes were happening. But there was no television or Internet on our small cruise ship in the remote places in Costa Rica and Panama that we were exploring.

So when I turned on the television my first day back and saw news reporters clinging for dear life on wind-battered oceanfront walkways and the water rushing through the streets of Miami, I felt my anxiety level immediately go up.

I didn't want to lose my vacation "high," so I turned it off.

And now, we are being bombarded with 24/7 coverage of the horrific shootings in Las Vegas.

More Stress for the Stressed Out

Think about this from the patient and family's point of view in the hospital, where the news of the day is often playing in waiting areas and hospital rooms. Is that a healing environment?

In a study published in 2003, Roger Ulrich and colleagues looked at the impact of daytime television vs. images of nature on blood donors in clinic waiting areas.

Not surprisingly, they found that daytime television increased stress.  They concluded, "Healthcare environments tend to be more restorative and supportive for stressed outpatients when nature is prominently present, and environmental stimulation levels are low rather than high and intrusive."

They found that music and nature has a measurable positive impact on the waiting room experience for mental health outpatients. Prior to this pilot study, almost every outpatient clinic at NMCSD had daytime television playing - usually turned to the news.

Encouraged by the findings, NMSCD researchers recommended that further work be done to determine the types of patients who could benefit most from music and nature programming in military health environments -- particularly those with PSTD, anxiety, depression, or other types of psychiatric disorders.

Staff's Role in a Healing Environment

These studies are all well and good, but ultimately, it's up to staff to help choose what is playing in the waiting area or hospital room. I recently heard a story about nurses in a clinic who have nature and music programming for their waiting room television, but play the "Food Channel" instead.

Probably the "Food Channel" is better than the news of the day, and I'm not saying that nature and music programming is the only alternative to commercial television in healthcare settings. But it may be the best alternative to relax and calm patients.

Legendary healthcare designer Jain Malkin defines a healing environment as "a physical setting and organizational culture that is psychologically supportive, with the overall goal of reducing stress in order to help patients and families cope with illness, hospitalization and, sometimes, bereavement."

Is there any doubt that what's playing on television impacts every single aspect of this?