Past is Present: 8 Historic Events That Affected Healthcare Facility Design and Construction 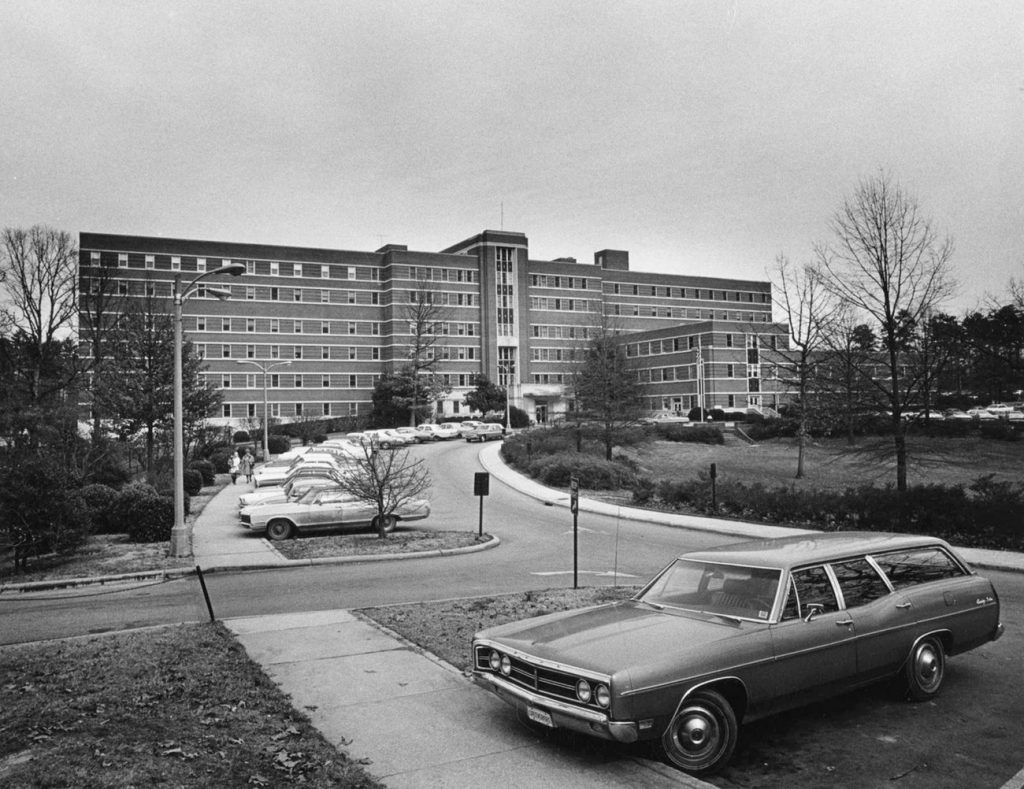 History professor Peter N. Stearns wrote that "The past causes the present, and so the future."

History also offers a lot of information about how people and societies behave. Both of these are reasons to study history or reflect upon historically significant events.

So that got me thinking. What are the most important historically significant events that have affected healthcare facility design and construction?

I can think of many. But I boiled it down to eight -- listed here in chronological order.

Besides the Ancient Greeks, Florence was probably the first person to advocate for healing environments in hospitals. Alarmed by the horrible conditions of the British hospital barracks during the Crimean War in 1854, she wrote this book, which was published in 1859 in England.

In it, Florence presented her ideas on the need for sanitation, hygiene, clean water, light, and fresh air. Her advocacy helped transform the military, public, and private hospitals of her day.

Perhaps no other single government act has had such an impact on U.S. healthcare facility design and construction than the Hill-Burton Act. It began in November 1945 when President Harry Truman delivered a special message to Congress proposing a five-part program to improve the health and healthcare of Americans.

Hill-Burton responded to the first of President Truman’s proposals. It called for the construction of hospitals and related healthcare facilities -- providing federal grants and guaranteed loans to improve America’s hospital system.

By 1975, Hill-Burton had been responsible for construction of nearly one-third of U.S. hospitals -- including many in the 40% of U.S. counties that lacked hospitals in 1945.

It also created the healthcare building boom in 1990s and 2000s. Because by then, Hill-Burton hospitals were 30-40 years old and needed to be renovated or replaced.

What's more, it's likely that the innovations that came from all this design and construction activity also set the standards for hospitals around the world.

Angie Thieriot's experiences as a patient, mother of a patient, and daughter of a patient in the 1970s convinced her that there was a more humane way to deliver care. So, she founded Planetree in San Francisco, Calif.

Her goal? to create a more humanistic, patient-oriented healthcare system where patients and consumers have access to information, patients and families are involved in decision-making, and the physical environment supports this type of caring philosophy.

The ripples of Planetree's work still influence healthcare facility design today, especially in this era of consumerism where the focus is on improving the patient experience.

And while Planetree has grown and become more "corporate" than perhaps Angie envisioned, it is still helping healthcare organizations around the world achieve person-centered care excellence.

The 500 of us who attended the first Symposium in Carlsbad, Calif., 31 years ago witnessed the birth of the healthcare design industry. Because it was the first time that architects, interior designers, facility managers, administrators, and clinicians came together to share their ideas on how the design of the physical environment impacts patient outcomes.

Founded by healthcare architect Wayne Ruga, the Symposium was a result of his realization that the introduction of diagnostic related groups (DRGs) in the U.S. had shifted the focus from keeping patients in the hospital to getting them out. Wayne thought that hospital environments could be designed so that patients would heal faster.

And so did many others. Which is why the Symposium fostered a community of healthcare and design professionals who are passionate about creating environments that support health and well-being for everyone who works, stays, or visits a hospital or healthcare facility.

Wayne and his Symposium board of advisors went on to establish the nonprofit Center for Health Design (CHD) in 1993 because they wanted to be able to fund research in the emerging evidence-based design field. Now, more than 25 years later, The Center is still fulfilling that mission.

The Symposium has evolved into the Healthcare Facilities Symposium and is no longer affiliated with CHD, which started the Healthcare Design Conference (now owned by Emerald Expositions) with Medquest Communications in 2003.

Although this first literature review only found 48 credible studies linking elements of the physical environment to outcomes, it is historically significant because it put science behind the theory.

The researchers at Johns Hopkins kept looking, however, and the next year they updated their report, "An Investigation to Determine Whether the Built Environment Affects Patients' Medical Outcomes."  This time there were 67 credible studies. Seven years later, there were 1,200 credible studies.

There hasn't been a comprehensive literature review since 2008, but it's estimated that there are now more than 2,000 credible studies.

Perhaps more significant, this first literature review sparked the evidence-based design movement, which led to the establishment of the EDAC certification program, launch of a peer-reviewed journal, awards program, and much more research.

The formation of this nonprofit organization to manage the development of the Guidelines for Design and Construction of Hospitals and Health Care Facilities was a pivotal moment in the history of the Guidelines. Originally part of implementing regulations for the Hill-Burton Act, guidelines revisions were funded by the U.S. federal government for many years.

Without the efforts of J. Armand Burgun, Joseph Sprague, and Douglas Erickson, it's a good bet that the Facilities Guidelines Institute (FGI) wouldn't exist. They were the ones to convince the federal government after 1987 to fund more revisions cycles of the guidelines and were instrumental in founding FGI.

And while not a regulatory document, many U.S. states use the Guidelines for licensure and registration. Their influence on facility design and construction has been substantial.

Today, the Guidelines are developed by a multi-disciplinary group of engineering, design, facility, and construction professionals, as well as state regulators, researchers, and others from the private sector. To make them truly a consensus-based document, public input is also solicited.

There are many technological advances that have changed how healthcare facilities are designed and constructed. However, the introduction of this smart phone by Steve Jobs at the Macworld conference in San Francisco ushered in a new era of digitization that has impacted millions of people around the world.

Today there are more than 97,000 health and fitness apps for smart phones and tablets that help people monitor chronic conditions and lead healthy lifestyles.  mHealth is also being used to improve healthcare services and health research.

Digitization has also disrupted the retail, transportation, banking, and hospitality industries. Healthcare may be next.

No other legislation since Hill-Burton has affected healthcare facility design and construction as much as the Affordable Care Act (ACA) passed by President Barack Obama and Congress.

While it's primary goal was to reduce the number of uninsured Americans through things like coverage of preventative services, individual mandates, health insurance exchanges, and medicaid expansion, it also included many provisions that impacted how and where care is being delivered.

Obamacare's wellness programs, access to care, community health/prevention, and pay for performance initiatives were aimed at shifting from a system that treated sick people to a system where the goal is to keep them healthy.

As a result, the healthcare industry shifted to building more ambulatory care buildings, retail clinics, urgent care clinics, and micro hospitals. Big-box hospitals aren't going away just yet though, but the number of inpatient beds is decreasing -- which continues to impact facility design and construction.

And despite all the changes to the ACA enacted or proposed by the current administration, it doesn't seem like that is going to impact the changes in how and where healthcare is delivered. Go to my recent blog post to find out why.

What Do You Think?

Do you agree that these are the most important historically significant events that have affected healthcare facility design and construction? What else would you add?

Also, did I get all the facts right? What would you change or add to any of these stories?

Surprised not to see the California state seismic mandate here. The mother of all unfounded mandates single handedly forced so much new hospital work in calif which influences so much more

Actually, as a result of the 1971 Sylmar earthquake, which significantly damaged a recently-completed hospital, California passed the Alfred Alquist Hospital Seismic Safety Act (1973) establishing seismic standards for all new hospital construction. Sb (Senate Bill) 1953 added more details following he '94 Northridge "event." The intent is to not only allow hospitals to remain standing after a quake, but they can continue operating.

Thanks Sara,
What about Institute of Medicine's "To Err is Human: Building a Safer Health System" in 2000?

That's a good one, too, Saif, although I'm not sure how influential it was on hospital and healthcare facility design and construction -- more impact on operations and maintenance, and product innovations. But preventing infections was the main impetus for FGI's recommendation for single-bed patient rooms in the Guidelines.

I would add the founding of the AIA’s Healthcare Architecture Committee, now designated as an AIA Knowledge Committee, The Academy of Architecture for Health. I don’t recall the founding date but it was a precedent setting acceptance of building type specialization within the architectural profession and continues as the most successful knowledge sharing program within the AIA.

How about the introduction of evidence based design into the practice model.

Sara: I don't see how you can leave out Roger Ulrich's 1984 publication of A View From a Window in Science. As the first serious study to link design to clinical outcomes, it launched today's strong movement towards an evidence-based design process.

You're right, Kirk! I did a follow up post last week in which I added a couple of other events, including Roger's study. Check it out at https://www.saramarberry.com/more-historic-events-healthcare-facility-design-and-construction/.