Why Isn't Anyone Talking About Evidence-Based Design?

Home / Evidence-based Design / Why Isn't Anyone Talking About Evidence-Based Design?
02/08/2019 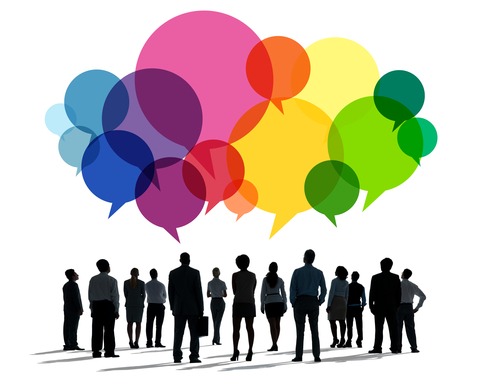 Last week, I renewed my EDAC certification. And it made me realize that I haven't heard much about evidence-based design lately.

I reached out to some industry colleagues to find out.

He should know. He was instrumental in creating the EDAC program for The Center for Health Design (CHD), helped define the term, and has written countless articles and several books on the subject.

"Perhaps a bit quiet because it is no longer as controversial as in the past," Hamilton wrote in an email. "It is not taught in every program, but is growing and the graduates are taking it to the firms, expecting firms to be practicing with EBD principles."

It's a Process Not a Prescription

I suppose the early days of evidence-based design were somewhat controversial because many felt it didn't allow for creativity and practice knowledge to inform the solution. And, there wasn't enough evidence linking design to outcomes.

Some thought it was just a marketing gimmick. Many didn't (and still don't) understand that EBD is a process, not a prescription.

But all that is past us, and evidence-based design is now considered by many to be mainstream.

Which is maybe another reason why you don't hear that much about it anymore. "It's become a practice that most good healthcare architects do," says Shelia Cahnman, FAIA, FACHA, LEED AP, President of Jump Garden Consulting LLC.

Jocelyn Stroupe, CHID, EDAC, IIDA, ASID, Principal with CannonDesign, thinks healthcare clients are aware of EBD and that it still matters. "The push toward accountability and facilities that perform at the highest level is very prevalent," she wrote in an email. "Clients want to know how we can improve their ROI and help them provide a safe environment for care delivery."

"Evidence-based design is relevant on any design decision, and it is expected by our clients," Ana Pinto-Alexander, RID, IIDA, EDAC, Principal, Director of Health Interiors at HKS, wrote in an email. "It is no longer a differentiator."

Cahnman also believes clients have grown tired of the evidence-based design jargon, partly because the term is often misused to defend design decisions. She prefers the term "research-informed design" to describe the type of research she does to gather information to influence her thinking.

But evidence-based design and research-informed design are two different animals. It comes down to how you define research. Read this post to find out.

What's Next for Evidence-Based Design?

"The future is going to be with the younger practitioners who understand and believe in the concept and are willing to add something to their process," wrote Hamilton, adding that the 60-and 70-somethings who run architecture firms right now are reluctant to change the way they work.

Stroupe thinks that it can be challenging for firms to keep the momentum going on an initiative like EBD that can change how they practice. "EBD pushes a team further than solving a basic building challenge," she wrote, acknowledging that it also takes a client who wants to engage in the process.

"We continue to increase our EDAC certification within our staff," wrote Pinto-Alexander. But she says HKS is concentrating its efforts in post-occupancy evaluations. "We feel that the data and information gathered [through POEs] is more relevant to our clients and to us," she stated.

Evidence-Based Design by The Numbers

Wonderful information, thank you for writing this and so many other articles!!! Looking forward to reading more!

I am EDAC certified (2012) and had found that many practitioners were using it as a marketing gimmick, In fact, the only project from which our firm was fired(!) was an architect who knew how to speak the language but did not put it into practice. Er, to say the least.

Anyone who is research oriented immediately notices the lack of evidence in this post. At least as important as all the comments you cite from high status members of your group saying all is fine with EBD are facts.
How can one be a strong proponent of EBD while being so careless with the E in it?
A "guestimate" of 2000+ studies raises at least four questions:
What percentage is that of the total number of studies (ever? in a year? 10 years?)
And more importantly how does that number relate to the total number of design or building projects in which EBD is desirable?
And finally of course: why guess? Is there no data-base?
You called four insiders: what is their estimate?

Thanks for your comments, Flip. The last literature review in 2007 found 1,200 research studies. So my guestimate is based on 12 years of additional studies being added to the mix. I only asked one person who I spoke with to offer a guestimate and that person declined.